How Is a Medical Transcriptionist Paid? 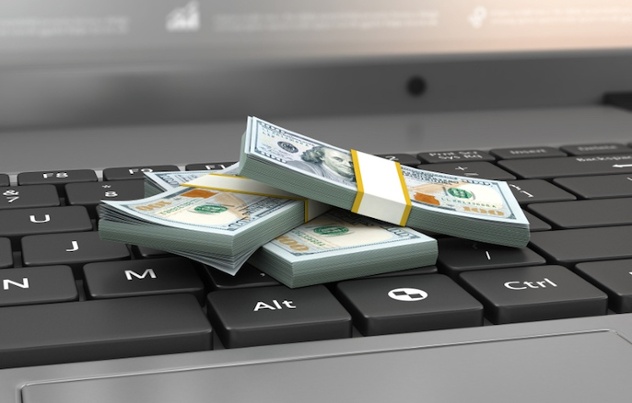 There are several methods to calculate medical transcription pay. The most common method by which MTs are paid is the “per-line” method, which will be explained in a bit. High-quality medical transcription training is a key factor in learning to transcribe both accurately and quickly. The more lines one can produce in an hour or day, the more money one makes.

Most medical transcriptionistis are paid today based on production. The amount of production is based on the quality of dictation, the experience of the MT, and the platform used to produce the finished product. Below are some examples of MTs daily pay based on the “per-line method.”

Also, keep in mind that pay is usually raised with experience and great quality scores on the work produced.

Within this structure are a number of differences that most new medical transcriptionists aren’t aware of if their training program doesn’t cover the employment aspects of the job.

The biggest difference is in HOW the MT service figures out WHAT is a line. There are a number of ways a company could configure what a line means. However, there are a few solid methods that many services use already. Let’s look at a few:

The first “line counting” method most MT services use is called counting by the “visual character.” This means that if you can see the character on the screen, it’s counted as a character. A common number for the visual character counting method is 65 (which, incidentally, is the average number of characters on one line of a typed 8-1/2 x 11 sheet of paper.)

When you’re paid a certain dollar amount per line (let’s use $.10 as a round figure for an example) then you simply multiply your “line count” using this method by ten cents per line.

To recap, here are the steps involved in configuring this line counting method:

Of course, you probably wouldn’t do this on a per-page basis – most MT services prefer to configure it all automatically once you’ve finished your work for the day. However, this example is given to show the simplicity of the configuration.

Basically, this means that if you have 10 lines with only one word on each line, you’ll have 10 lines. When you multiply this by the same $.10 per line rate as above, you get the same production pay as is used in the Visual Character line counting method.

However, there is much, much less work involved to earn that rate of pay. We tell our students that if you get a job offer using this method of line counting, you’re probably talking with one of the lucky few MT services that still do this.

Another common method some MT services still use is the simple Line Counting Method. This is defined as the number of KEYSTROKES in your document divided by what the service considers a line (usually 65). Usually, bolded characters are counted as 2 keystrokes – once for the character and once for the bolding of it. Underlined characters would be counted as 2 keystrokes as well.

But There Are Still Some Variations…

As you can see, MT services will USUALLY make the most money if they pay their MTs by the visual character method. I say “usually” because there are some variations within some services that may influence the line counting method, sometimes in your favor and sometimes in their favor.

Let’s take a quick look at a few of those:

Most large MT services have predefined templates for each medical facility for which they type, as well as for the types of reports within that facility. It just makes good economic sense to not have to type the hospital name and address over and over when it’s the exact same in each document. This also extends to the form where the patient information is typed in – the patient name box is always in the same place on the document, along with the Medical Record number and a multiple of other identifying factors. For this reason, most large MT services will not pay for the predefined templates. Even within the specific types of reports, you can have headers that will be identical from report to report. You won’t be typing this data, so you won’t get paid for it.

Almost all MT services provide this service to their clients, and sometimes you can make a lot of money from it. A predefined normal is a paragraph or two of a normal finding on a diagnostic report.

For example, a chest x-ray that is normal will have the same exact wording on every report. To save time, the MT service will develop a predefined normal in which the transcriptionist will use a “code” to insert this predefined normal. By typing this specific “code” into the document, all the paragraphs will pop up and be inserted automatically.

You’ll find this type of shortcut most often used in radiology reports, and they can greatly accelerate your speed if the service charges the client — and pays you for – all the words within the paragraphs.

Many of the smaller MT services will use software such as Microsoft Word as their platform, and therefore, the transcriptionist can use any number of computer shortcuts to help accelerate her production.

For example, MS Word has an informal word expander included within it, so that when you set it up once, you can type just a few keystrokes for a medical term or phrase. We talk about this word expander in more detail in another article on our blog.

Another computer shortcut is the medical spellchecker which will highlight any terms that are misspelled, even drug names. To get the correct spelling, you would simply right click on the term and choose the corrected spelling.

Another popular computer shortcut for transcriptionists is the macro. It’s really not difficult to set up a macro in Microsoft Word, and there are a number of tutorials on the web now showing you how to do so. (We also teach this in our program.)

By setting up macros, you can set up any number of predefined normals your physician uses throughout the day. You can set up the entire template so that it pops up with just a few keystrokes at the beginning of your document. You can also switch between documents such as the macro I set up for our transcriptionists years ago, which helped them keep track of their word counts for each document.

With just a touch of a couple of keys, the macro would do a complete word count of the document, then switch pages, copy the patient name then tab over and paste the number of words, then return one line to await the next input, then switch back to the document being worked on. It happened so fast sometimes you weren’t sure if it even worked or not!

Macros set up to perform routine functions like this could end up saving you literally hours of work each week.

If you’re serious about maximizing your MT production, you may want to consider word expander software, which we discuss in our training program quite extensively. (It’s all about working smarter!) This software uses the same principle of typing a few keystrokes for a longer medical word, phrase, or paragraph, and can save a tremendous amount of time once you get used to the software.

For example, the average rate that a transcriptionist can type is about 1:3 or 1:4 meaning for every one minute of audio dictation, it would take about 3 or 4 minutes to transcribe it. For the transcriptionist who is using a word expander software program and working smartly, she is able to transcribe in real-time and keep up with the dictation, greatly reducing the time it takes to produce a document. Of course, that means more documents are able to be produced in the same time period, which means more income for the transcriptionists.

That’s how, years ago, I was able to average anywhere from $30 to $50 an hour doing medical transcription working for myself with a few good clients. I used a combination of all of these tricks and shortcuts to maximize production and increase my speed.

We teach all of these methods to our students in the advanced portion of our MT training program along with anatomy and physiology, 19 different medical specialties, laboratory and pharmacology, and computer knowledge along with information on starting your own business if that’s what you want to do. The results have been phenomenal for our graduating students who have learned it’s much more profitable when you work smarter from the beginning!

As you can see from the information above, an experienced medical transcriptionist who knows how to use productivity tools such as word expanders, predefined normals, computer macros, and who is fast and accurate can produce a lot of lines per hour and in turn get paid more. Also, the “easier” the dictation and more familiar an MT is with it, the faster they become.

There are some MTs who can produce 300+ lines per hour on relatively easy work, and they make GREAT money. Also, please keep in mind that the rates above are for MTs who work for an MT service. Pay is normally about 50-100% higher for MTs who get their own clients.

Good medical transcription training should include training on how to get your own clients, how to use productivity software, and how to research terms quickly and efficiently using quality reference sources to help you maximize your efficiency and thereby increasing your production right from the beginning.

Ready to Get Started?  We’re waiting for you!