The brain fits snugly within the skull, hidden from view inside of the top half of the head. Its grayish-pink bulges and grooves and fluid-filled channels and cavities are made up of billions of continuously interacting cells. Three layers of membranes called meninges completely cover its surface, which is bathed in a protective fluid called cerebrospinal fluid. Together, these act as a “shock absorber” to help prevent injury. The brain is so important to human existence that it is housed in a hard case of bone called the skull. The outer portion (the surface layer) of the brain is called the cerebral cortex and is often referred to as the grey matter. Despite the infinite number of very simple to extremely complex actions it performs and commands, it weighs about 3 pounds. The brain is the most vital organ to our being and the one that makes us who we are. 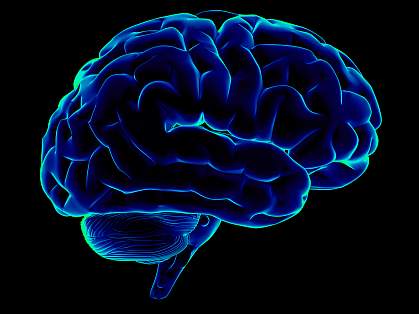 How Are the Brain and Nervous System Important for Living?

The brain controls everything we do, from thoughts to speech to movement to memory. It is often likened to the central computer within a vast, complicated communication network, operating at lightning speed, making decisions that affect the outcome of everything we do. Working together with the nervous system, the brain’s medulla automatically controls things like breathing and our emotions. The hippocampus is another part of the brain that plays a key role in memory formation as well as classifying information and long-term memory.

The cerebellum, or cerebellar cortex, deals with the initiation and control of rapid movement of the limbs, posture, and balance, enabling us to move our bones and muscles in complicated, yet coordinated ways. Incredibly, the brain’s amazing power allows us to perform all of these things, often without any conscious effort on our part every day, even while we are asleep.

Working in tandem with the brain, the nervous system can be thought of as the special wiring that relays information back and forth from a centralized master computer. The spinal cord, which runs from the brain down through the bony spinal column, contains thread-like nerves that branch off to every part of the body. Sensory nerves carry messages from the sense organs (eyes, ears, nose, tongue, and skin) to the thalamus for processing. The brain then sends instructions in response through other specialized nerves to the physical parts of the body, such as the muscles, that can carry out its commands. Without the direction of the nervous system, our muscles would be useless, unable to move or coordinate their actions. We wouldn’t be able to smile, blink our eyes, or use our hands or legs in any capacity – we wouldn’t even be able to breathe.